In 2010, the City of Salem was moving towards a successful recovery from the Great Recession. Then a partnership with the University of Oregon catalyzed efforts to find solutions to complex problems across the community.

Successful financial management during the financial crisis contributed to the city’s ability to invest in a unique community-university partnership program at the University of Oregon. The Sustainable City Year Program (SCYP) is a multi-disciplinary year-long effort directing faculty and their students towards the issues faced by a community.

By partnering with SCYP, Salem accessed expertise and labor on a large-scale to advance toward sustainability without incurring steep costs. Of the 2010-11 year, Courtney Knox Busch, the city’s Strategic Initiatives Manager, said the experience “propelled conversations within the city forward by two to three years…The students re-energized the whole city workforce. We could not have done that by ourselves,” she said. 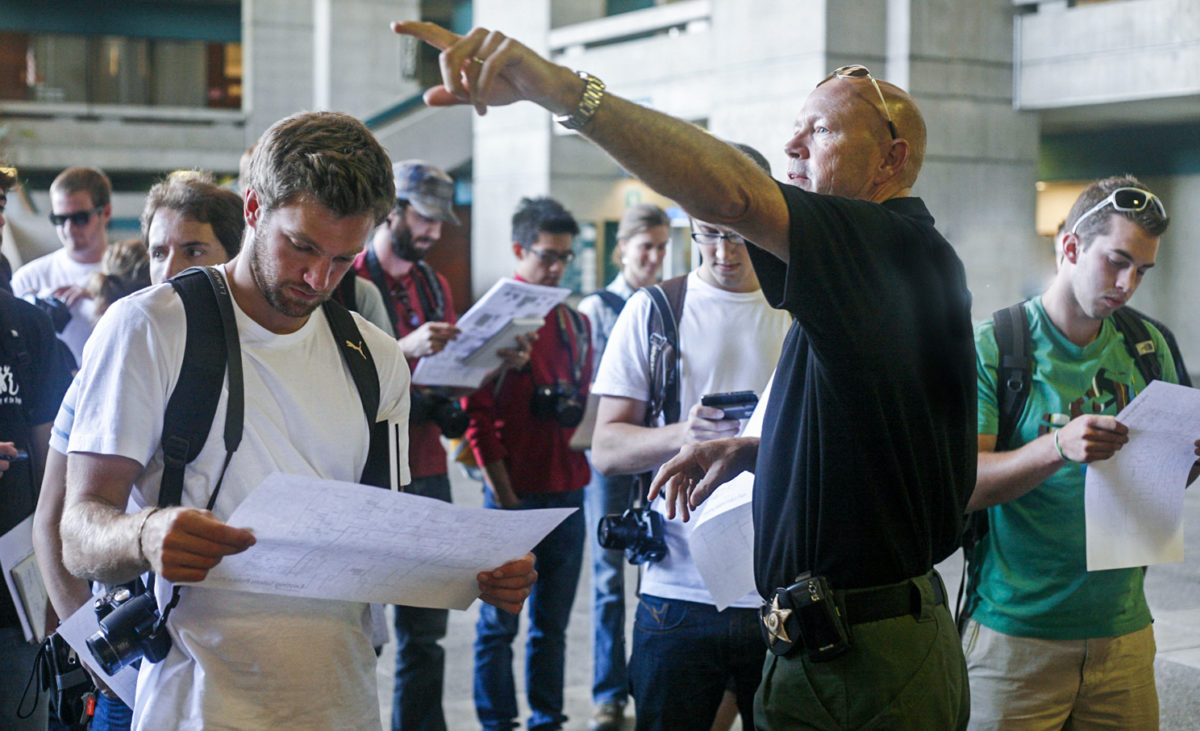 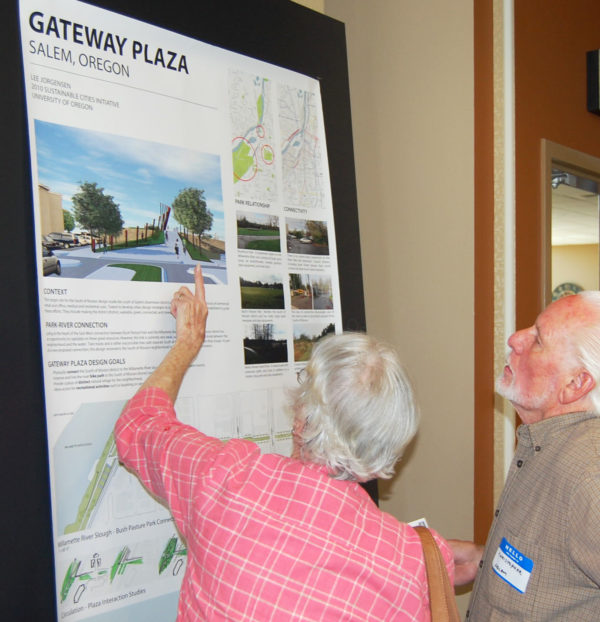 SCYP delivers great ideas, furthering work among local consultants. Salem officials estimate that, based on standard rates, SCYP gave them over $8 million worth of service. Since the projects completed, the City of Salem was able to use the work with local consultants to immediately begin putting ideas into practice.

The 18 projects completed during the partnership ranged from street lighting to civic engagement and more. Four of the greatest benefits were:

All new LED streetlights used throughout the city that are aimed to save the city money for future years. A public administration capstone project provided Salem an adjustable model for a proposed streetlight fee which analyzed complex ownership of Salem’s streetlight infrastructure, fee structures, and their impact on plans to convert current street lights to LED. When Portland General Electric asked Salem if it wanted to continue buying its (non-LED) lights, the city was “able to say no because it didn’t make financial sense because the students had given us such a good model,” Knox Busch said. The streetlight fee was approved within two years and LED conversion is ongoing. More information regarding Salem’s LED conversion can be found here.

Some officials suggest the real impacts of the SCYP occur after the program ended.

For example, at the Willow Lake site, Salem completed a market study for hauled waste with a consultant and received over $3 million in incentives from Energy Trust of Oregon and other partners to continue the efforts to expand the cogeneration facility at Willow Lake to power more of the plant. Learn more about Salem’s efforts to harness byproducts for good here.

"The students re-energized the whole city workforce. We could not have done that by ourselves." 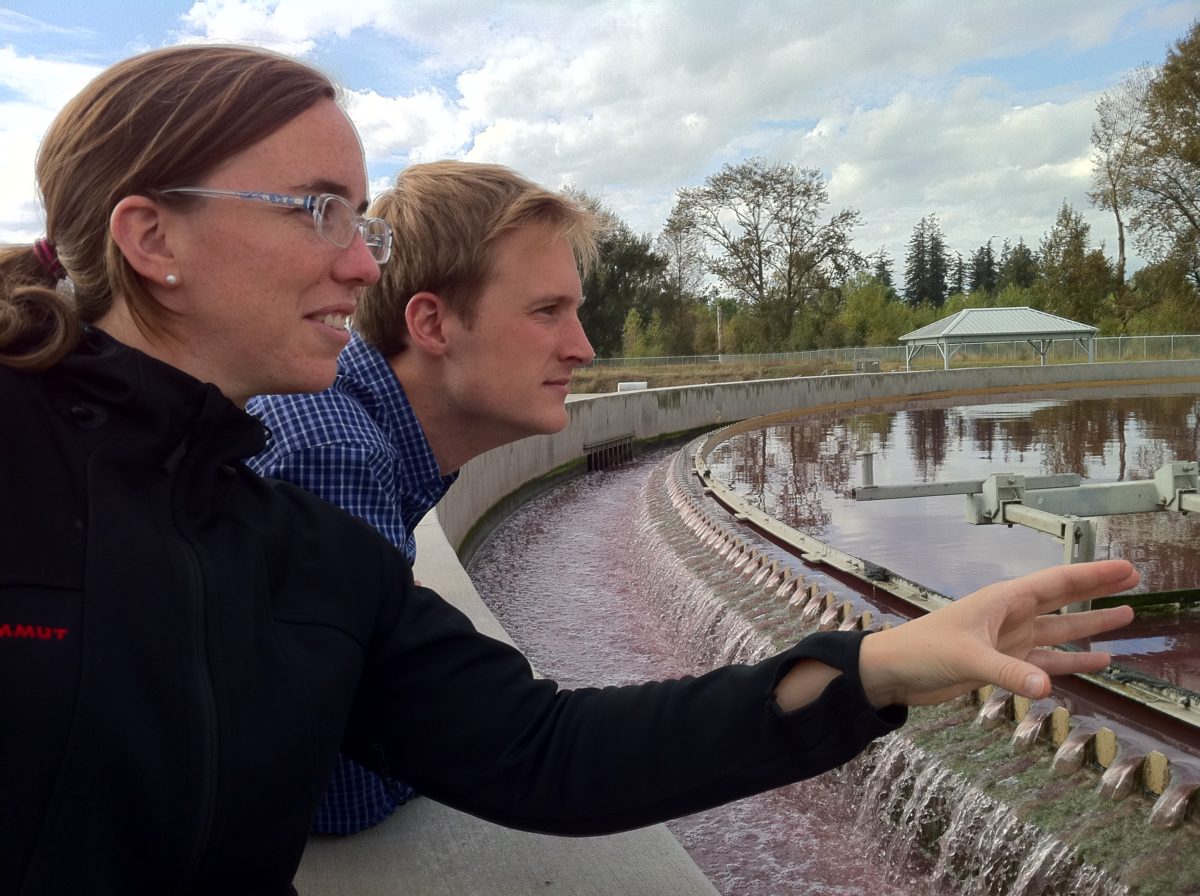 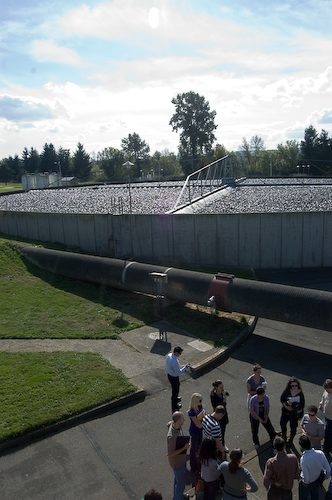 Besides the obvious benefits of the contributions from students, the SCYP initiatives have given Salem officials a new way of looking at sustainability.

“[The partnership year] has allowed Salem the chance to ‘open our eyes widely’ to concepts and ideas that will shape the city’s future,” said Rick Scott, Salem’s former Director of Urban Development. “These strategies move our community closer to our goals of a safe and livable community, a vibrant economy, and a healthy environment for all Salem residents. It has truly been one of the most energizing projects I have had the privilege to be involved in during my 40 years of government service.”

“These strategies move our community closer to our goals of a safe and livable community, a vibrant economy, and a healthy environment for all Salem residents"