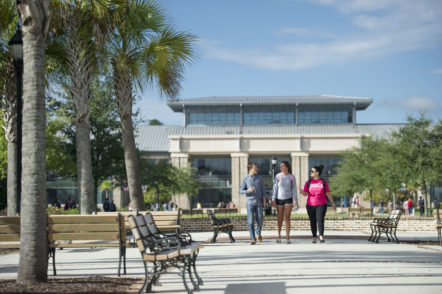 Students Connected Website | www.uscb.edu/studentsconnected/ Students Connected is a university-wide program that aims to develop the values that inspire students to contribute to the needs of their community, enrich the student learning experience through experiential research and service-learning opportunities across disciplines, improve collaboration with community partners, and ultimately transform our campus culture. These goals are reflected in […]

Like much of the U.S. and the State of Indiana, Lawrence County faces a challenging opioid epidemic. In 2016, the state declared a public health emergency in response to rising hepatitis C rates and the county averaged nearly 50 nonfatal overdose visits to local emergency rooms per 100,000 people, according to the Indiana State Department […]

Successful financial management during the financial crisis contributed to the city’s ability to invest in a unique community-university partnership program at the University of Oregon. The Sustainable City Year Program (SCYP) is a multi-disciplinary year-long effort directing faculty and their students towards the issues faced by a community. As a member of the Educational Partnerships […]

Read More… from Auburn addresses the challenges of growth

Frederick, Maryland is the second largest city in the state, and also the fastest growing area in the region. In 2010, for example, the population was nearly 66,000 people; was projected to grow 15 percent to 76,000 people by 2022, according to the city. But like any area where the population is accelerating, there are […]